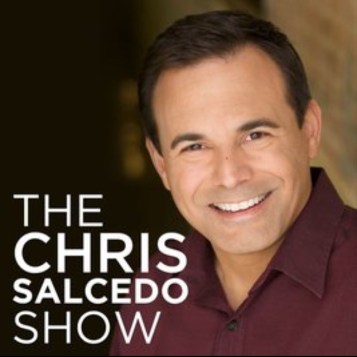 When Reagan said of the United States, “Here the people rule. We build no walls to keep them in, nor organize any system of police to keep them mute,” he spoke to a fundamental truth that patriotic Americans have come to know and embrace. The message has never gotten through to progressive, liberal Democrats. What’s troubling is that a growing number of the alleged opposition party seems to have developed that same affliction of ignorance. Recent speeches or utterances by prominent Republicans—Senators John McCain, Jeff Flake, Bob Corker and President George W. Bush— illustrate not only how the GOP has lost its way from its foundational underpinnings, but also how it refuses to hear the message from the 2016 election.

As a conservative, I’ve always respected—but not always agreed with—former President Bush; I always felt his heart was in the right place. He was a stalwart defender of America’s national security as it pertained to radicalized Islamic terrorism. But he worked tirelessly to undermine the fiscal security of America with a push to import the world’s impoverished into the U.S. Human capital is much needed in an America with a government that embraces, FULLY, the free enterprise system. But he did little work to remove government’s boot from the throat of our nation’s entrepreneurs and did even less to insist the imports he was championing assimilated into our worthy and beautiful culture.

The election of President Donald Trump put a monkey-wrench into the globalist agenda embraced by Bush.

The “America first” agenda, all but ignored by 43 and his GOP, was embraced by millions of neglected Americans. It was a slap in the face to constitutionalists, conservatives and defenders of the rule of law that Obama’s myriad violations of American’s trust and traditions were not enough to drive Bush to break his post-presidency silence. But a threat to the globalist agenda was enough. In a vain attempt to show solidarity with American’s disdain for a self-serving government, Bush said, “In recent decades, public confidence in our institutions has declined. Our governing class has often been paralyzed in the face of obvious and pressing needs.” The statement of the obvious regarding elected “leaders” didn’t blind patriots to the term, “governing class.”

The statement gave us a window into how Bush sees us as well as how he sees people like himself.

Bush has forgotten—or never learned—that in America, the people rule. There is no such thing as a governing class. This was one of many volleys lobbed toward patriotic Americans from a GOP that remains clueless as to why Donald Trump took over their party.

Both Senators from Arizona typify why Donald Trump beat a field of 16 “experienced” politicians to capture the GOP nomination and ultimately the presidency. These last eight years, Senators Flake and McCain rolled over and allowed the country and their constituents to be victimized by liberal extremist polices that resulted in but not limited to: a dilapidated military forced to scavenge parts from museum pieces to accomplish their missions, illegal and overreaching persecution of conservatives and other citizens by the IRS, EPA & BLM,  numerous violations of law and the Constitution by Barack Obama, and irresponsible foreign policy that enriched and emboldened our enemies while slapping our allies across the face—and don’t get me started on Obamacare.

The weak and feckless Arizona senators couldn’t be bothered to decry Obama’s anti-American activities during his occupation of the Oval Office. But as soon as their little fiefdoms were threatened by a president who vowed to reverse America’s downward spiral, then the aptly named Flake and the “Maverick” sprang into action.

In a speech on the Senate floor, Jeff Flake—ignoring his 18% approval rating in Arizona—blamed Trump’s incivility for his not seeking reelection. “But too often, we rush not to salvage principle but to forgive and excuse our failures so that we might accommodate them and go right on failing — until the accommodation itself becomes our principle,” Flake said.

Obama’s un-American actions, noted above, were not offensive enough to Flake’s principles. But a frank-talking GOP populist in the White House is more than Mr. Flake can bear.

McCain had equally misguided sentiments, saying, “To abandon the ideals we have advanced around the globe, to refuse the obligations of international leadership for the sake of some half-baked, spurious nationalism cooked up by people who would rather find scapegoats than solve problems is as unpatriotic as an attachment to any other tired dogma of the past that Americans consigned to the ash heap of history.”

This run-on, antiquated, pseudo-intellectual diarrhea was intended to be an indictment of the last ten months of Trump’s presidency. In truth, McCain’s lament was an exact fit to the last eight years under the Obama doctrine.

And  where was McCain?

He certainly wasn’t giving speeches like he did in opposition to Trump. In fact, it could be said that McCain was undertaking the same activity over the last eight years that he had during the 2008 campaign, planting his lips firmly on Barack Obama’s backside. Mr. McCain and an alarming number in his party seem more comfortable with progressive Democrats than the people they allegedly serve; the same people who elected Donald Trump.

Senator Bob Corker, like President Bush, gave us some insight into how the elites in Washington regard political outsiders like you and me.

In the recent debate about tax reform, Mr. Corker grew frustrated with the President’s insistence on certain principles being reflected in the reform. I guess Corker thought it rather audacious from an elected politician to keep the promises he campaigned on.

Corker also grew impatient with Mr. Trump’s tactics in dealing with the mess left to him by what Bush called the “governing class.”

“I would just like for him to just leave it to the professionals for a while and see if we can do something that is constructive for our country, the region and the world,” Corker said.

Yes, he actually said it.

I don’t think there’s any greater evidence of the proverbial bubble they live in than that statement.

These same, “Wizards of Smart,” as Rush Limbaugh would say, are the very same people who gave us 20 trillion dollars in debt, border laws that are not enforced, a step toward socialized medicine, its predecessor–the failing HMO system, a light footprint, lead-from-behind foreign policy, a nuclear armed North Korea, a soon-to-be nuclear armed Iran…and Corker blames Trump’s tweets? I guess he must, else he’d have to blame himself and his elitist buddies.

The GOP brand has been failing for the last twenty years. They have failed because they have forgotten the conservative planks in their platform. They have grown too old, weak and tired to fight progressives. They’ve decided on a course that aligns with the equally irrelevant Democrat party.

They’ve joined forces to protect themselves, not us.

These so-called, “experienced, governing class, professional,” politicians are responsible for the sorry state of our nation, and President Trump must now contend with their failures.

It has not dawned on Bush, Corker, McCain or Flake that the reason why they lost the people’s trust is because they abandoned us to the ravages of left-wing extremism. “We are a nation that has a government—not the other way around. And this makes us special among the nations of the Earth. Our government has no power except that granted it by the people. It is time to check and reverse the growth of government, which shows signs of having grown beyond the consent of the governed.” This warning of Reagan’s is today’s reality.

Our government has devolved from a government of, BY and FOR the people into a unified establishment protecting its own interests. The GOP lost “We the People,” because America was faced with the most extremist, liberal, anti-American President this country had ever seen, and the GOP proved they were unwilling or unable to stop him.

When the people saw fit to chart another course in 2016, the “surrender caucus” finally showed the fight we so desperately needed from them during the Obama years.

Sadly, they decided to fight us.

Chris Salcedo is a veteran broadcaster, author and a political analyst.  The Chris Salcedo Shows can be heard on AM 700 KSEV, Houston and on 820 AM WBAP in Dallas/Fort Worth, right before the great Rush Limbaugh Show, and on TV via the Vida TV Network Monday through Friday from 6:00pm-6:30 pm EST.