Oh, how many hours we spent filling out paperwork; checking and double checking to ensure we didn’t miss a thing. 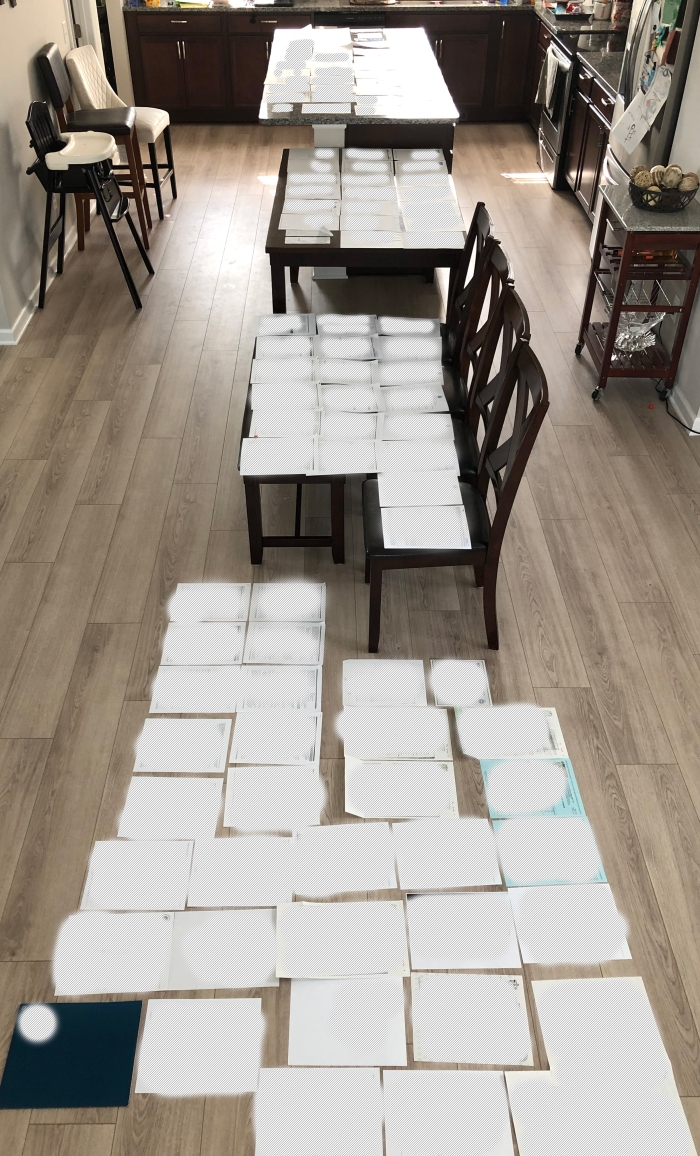 The fees we paid.

The months we spent apart.

The months my husband’s job waited for him while the US government finally got around to issuing a work permit.

The hours we waited, stuck in Houston International Airport because my husband’s “permanent” permanent resident card (yes, there’s such a thing) had been issued while we were visiting his family, thus nullifying his current green card and rendering him inadmissible to the US.

This, if you clever readers haven’t already guessed it by now, is (or at least for us, was) the legal immigration process. I’ve written about it before—it’s hard, expensive, and a bitter pill to swallow as we watch millions come in and receive the same (and often more) benefits that we had to work so hard to attain legally.

Oh and—get called a racist for being upset at the unfairness of it all. Another day in the life, I suppose.

This week, I just about fell off my seat when I saw the following come across the news: “Donald Trump defends his move to ban immigrants on food stamps from getting green cards.”

I bristled at the headline—and not for the same reasons as Nancy Pelosi. (We’ll get into that in a bit)

I bristled, because I was (rather stupidly, I guess) under the impression that this was already a thing.

You see, after the initial hoops of attaining an entrance visa and temporary papers to come and stay here legally, as we processed his permanent resident (“green”) card, my husband and I had to sign an affidavit stating that we promised not to rely on state or federal aid.

IN FACT, to get this green card, we had to rely on the kindness of family members who ALSO signed an affidavit stating that THEY (and not the local, state or federal government) would be responsible for us if we couldn’t support ourselves.

Just SOME of our sponsorship paperwork.

While we relied on ourselves for vast majority of the process (without a lawyer that we couldn’t afford), we had to rely on my family to serve as sponsors. We had to prove their financial wellness to the federal government.

And yet, lawmakers (oh, the irony in that title) like Nancy Pelosi have the unmitigated gall (or pure ignorance) to come out and call this move by Trump to essentially enforce that which is already required, “racist.” She tweets:

“This hateful, bigoted rule is a direct assault on our nation’s proud heritage as a beacon of hope and opportunity for all and a clear attempt to demonize and terrorize the newcomers who make America more American. It will be swiftly challenged and defeated in the courts.”

Can I expect, perhaps, that should the courts swiftly “defeat” the move, that I’ll receive payment for the money I’ve already paid my family BACK, that we had to lean on during our immigration process? I suppose that’s filed away in the same cabinet as the idea of getting our legal immigration process filing fees (beaucoup bucks, I might add) paid back: Fat Chance.

As of last year, there’s a push to change that policy, wherein “those found to be a potential ‘public charge’ can be denied immigration visas or permanent residence.”

So, actually what the president is doing here–by ensuring that “those granted permanent residency are self-sufficient — and protect taxpayers in the process,” is maintaining something that’s been on the books for decades.

Unfettered access to a nation and all of its goods, services, and money is not HUMAN RIGHT. Do I wish the greatness of this country and all it has to offer for as many people as can obtain it and treasure it? YES! But therein lies the problem. It’s not just about what America can give you, but what YOU bring to the country. In addition to the fact that there are millions of Americans and legal immigrants RIGHT here RIGHT now who need our help (think, veterans, the homeless, the elderly) before we dole our billions in welfare to illegal immigrants, immigration isn’t a charity program (though we, in great generosity, accept thousands of refugees from around the world).

It is, as I wrote about in this piece, is about “embracing and sharing in the values that have set us apart—regardless of what color your skin is or what language you grew up speaking.”

Exactly. Coming here is about embodying the American dream, and proving the rest of the world wrong. It is EXACTLY what the Emma Lazarus poem at the foot of the Statue of Liberty intended to convey: that while the rest of the world may scoff at a lower class or struggling human—the United States was the place where that person could pull themselves up by their bootstraps and BECOME something. Yes, I’m quoting myself once again:

In effect, the Statue of Liberty (and the words that were later added to its base) represents a solid “take THAT!” to the entire European modus operandi. “Keep ancient lands, your storied pomp!” Lazarus writes – in other words, “You stuffed shirts, you and your tyrannical paths have failed. Now give us the people you’ve all but destroyed and just watch what we’ll do with them!”

Don’t let the politicians lie to you. Don’t fritter away and cheapen the American Dream because Nancy Pelosi’s on another pearl-clutching, racist-and-bigoted-and-hateful-oh-my tirade.

It’s not racist, bigoted or hateful to ask that immigrants come legally.

It’s not racist, bigoted or hateful to revere honest, hard work—and expect that those who come in to our country will give and not only take.

It’s not racist, bigoted or hateful to ask that those wanting to come in our doors not to become a burden on their hosts.

It’s so little to ask for so great a privilege.